When One Door Closes: Mike Blydenburgh’s Journey to Coding for Liberty Mutual 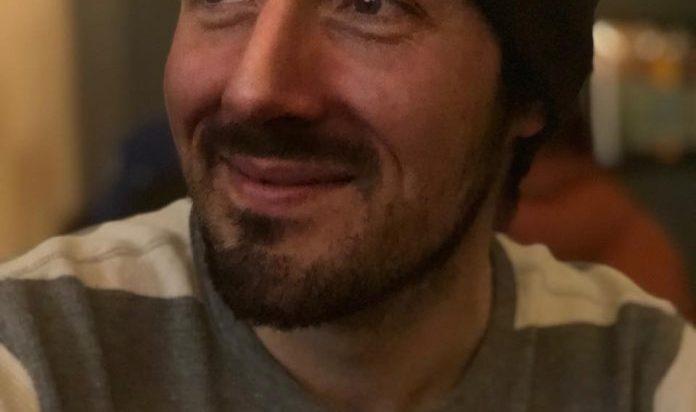 When Michael (Mike) Blydenburgh enrolled at the University of New Hampshire Coding Boot Camp, he was no stranger to the field of computer science. He’d always had an interest in coding—playing around with it mostly as a hobby. But now he was taking it seriously.

In college, Mike took a few 101-level coding classes, and then ultimately chose a degree in chemical engineering. After graduation, he worked as a process engineer in the natural gas industry—a position in which he could occasionally utilize some of his coding knowledge. “I noticed that the times when I got to leverage those skills were the times I enjoyed my job the most,” he said.

For a while, Mike casually explored other career options—ideally something that would allow him to pursue his passion for tech. But when he was laid off from his engineering job, it lent a sense of urgency to his search for a new and more rewarding career.

While scrolling through his Facebook feed, Mike saw an ad for the Coding Boot Camp. His interest piqued, he conducted some research on the program and curriculum before deciding that this was the opportunity he was looking for. Knowing that it was the perfect time to try something new, he decided to go for it.

It wasn’t easy, but Mike was determined to give the program his all. With a temporary job at Tom’s of Maine to make ends meet, Mike was splitting his time between Kennebunk and New Hampshire—waking before sunrise each morning.

On class days, he headed straight for UNH after work, not getting home until after 10pm. The evenings he didn’t have class were filled with homework assignments and research. “I didn’t have a lot of free time, that’s for sure,” he laughed.

Even with his demanding schedule, Mike thoroughly enjoyed his experience at boot camp. The instructor and TAs were enthusiastic and engaging, creating an energetic atmosphere in a classroom with diverse experiences. The students all came from different backgrounds—some with no coding experience at all and some who’d been in the tech industry for many years. “Everyone was happy to be there,” he said. “That made it really nice.”

Going above and beyond to challenge himself

Thanks to his engineering degree and his background in coding, Mike was a quick study, mastering the material without much trouble. “If I’d only done the minimum requirements, the boot camp wouldn’t have been too challenging for me,” he said.

But his instructor and TAs, seeing that he was ready for tougher assignments, were more than willing to support him in going above and beyond the curriculum. They gave Mike recommendations to make the assignments more robust, providing a more personalized learning experience.

Tailoring lessons to students who came in with a wide range of previous knowledge and innate tech-savvy seemed to come naturally to the teaching staff, Mike noticed. “They definitely catered to everyone’s specific needs really well,” he said.

Coding expertise isn’t the only thing Mike took away from the boot camp, either. Soft skills, such as how to manage a team made up of people with varying work styles and schedules, were emphasized and honed as well. “We learned to work together without stepping on each other’s toes,” he said. And employing effective time management and communication strategies were essential when working on group projects.

Hard work—and a recommendation—pays off

Even before completing the boot camp, Mike landed a job as an associate software developer at local employer Liberty Mutual. “Our instructor and TA are both Liberty Mutual employees, and they told the class that if anyone was interested in a position posted there, they’d be happy to put in a good word for them,” he explained.

The career services team helped him develop his portfolio and whip his résumé into shape, which—along with a recommendation from his instructor and TA—helped him secure an interview. But it was his newfound skills, developed through hours of hard work and studying, that ultimately got him the job.

Today, Mike loves his new job. He’s grateful for the boot camp experience—and even the hundreds of miles on his car’s odometer. In fact, the boot camp was such a rewarding experience for him that he’s hoping to join the team as a TA during the next session. “I want to give back to the local development community and take on more of a mentorship role,” he said.

To anyone considering the challenge of boot camp, Mike has this advice: “You get out of it what you put in. You’ve got to give it your all. Make sure you have the desire and the means to be fully committed, and be prepared for a long journey of hard work that will be rewarded in the end.”

That’s not to say that the long hard journey can’t be fun, though. Mike even had a difficult time naming just one of his favorite aspects of the boot camp. “The whole learning experience was great. Immersing yourself in a different world and forming a small community—I enjoyed all of it,” he said.