Turning a High School Hobby Into a Career: How Coding Boot Camp Helped Zachary Rheaume Get His Foot in the Tech Door 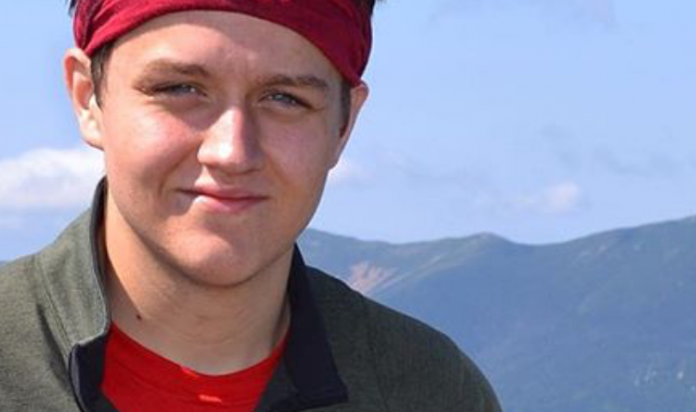 While in high school, Zach took coding courses that taught introductory Python. Here, he built a range of basic programs, culminating in a final project – a desktop arcade game. While interesting and informative, he found that these classes left him with more questions.

After graduating, Zach found himself working at a packing and shipping store as a general operations manager. One day, while browsing Reddit, an ad for the UNH Coding Boot Camp caught his attention.

“I saw the advertisement and I thought I might as well give it a shot,” he said. Appreciating that it was a six-month, part-time program that would enable him to work on the side, he enrolled at once.

Getting over the learning curve

Even with some basic coding experience, Zach struggled in the beginning of the program. “Going into that first week when you’re trying to learn responsive design from scratch is pretty challenging,” he said.

Luckily, the program also taught Zach the importance of time management. Mastering this skill made the workload a lot easier to handle. “There’s a lot to dive into in a short amount of time,” he said, adding that it forced him to really look at his time and prioritize it.

Building on past experience

For Zach’s first group project, his group built an app called TackIt, which expands on the concept of Slack to include integrations with Trello, Github, and other sites. He was in a team with classmates who already had back-end programming experience, which proved very helpful.

“It was really good to get into a team who was already experienced in coding but in a whole different realm,” Zach said.

For their second project, Zach and his team built a multiplayer online game called Divide and Conquer, taking design inspiration from retro turn-based strategy games. It was a lot more advanced than the games Zach had dabbled with in high school.

The team implemented industry standard login functionality, using a system known as Oauth2. “You can use Google sign-in. It uses Oauth to save your score and there’s a leader board on the side,” he said.

For his third and final project, Zach created an app by himself. It was an opportunity to test how far his skills had come, and he leapt on it.

“I had this idea and I wanted to see it come to life,” he said. “It’s called the Adomer—it’s a two-part project. The first part is a multiprocessing modular package that you can download that gives you a command-line interface tool (CLI), and the second part is a website that goes along with that CLI tool.”

The application allows a user to automatically analyze other applications built with the popular front-end framework React, and view statistics and a “map” of the application online.

Preparing for the tech workplace

The group projects required a lot of teamwork, and Zach picked up plenty of soft skills along the way. “We had to coordinate certain features getting pushed out at certain times and come to an agreement on certain paradigms on how we do things,” he said.

“Being able to sit down with a group of people and just be open to listening to what people have to say, be willing to bring ideas to the table, and be able to work towards an efficient team are the most powerful soft skills that I’ve come out with,” he added.

Zach is already applying these skills in his new role as a software engineer. “We’re trying to establish policies for managing repositories, so we all need to agree on policies like test coverage. Having worked with more experienced guys at the boot camp and seeing how those team rules come into play has put me in a good position to navigate that structure,” he said.

Looking back, Zach is impressed by how closely the classroom environment mirrored a real-life tech workplace. This factor helped significantly in smoothing the transition from student to employee.

“I think that was part of the goal of the team projects—to try and simulate what it would be like to be in a working developer team environment,” he said. “They really hit the nail on the head there because I haven’t had to relearn a ton of those skills going into the professional workplace—I felt like I came out with them from that class.”

Learning from those around him

Zach appreciated the wide age range of his classmates. Their unique skills and experience helped create a rich learning environment.

“I couldn’t have asked for a better group of people to work with. I might’ve been one of the youngest in the class. There were a couple of guys in there in their mid-50s,” he said. “On top of that, our TAs and instructor all just had this way of poignantly breaking down what would otherwise be very complicated topics into a few understandable talking points.”

The boot camp empowered Zach with an effective way to tackle a problem when he felt lost. Now, he feels confident that he can tackle anything.

As the program drew to an end, Zach began to think about his next career move. To his surprise, he was offered an internship opportunity with Left Hook Digital, a software consultancy and development firm.

“Left Hook Digital came up to me on my graduation night. It was serendipitous in this way—I couldn’t have planned it out that well,” he said.

The internship went so well that Zach secured a full-time position at the company as a cloud software developer. He is incredibly happy, and he has just one piece of advice for anyone considering following in his footsteps: do it.

“It’s one of the best decisions I’ve made,” he said.