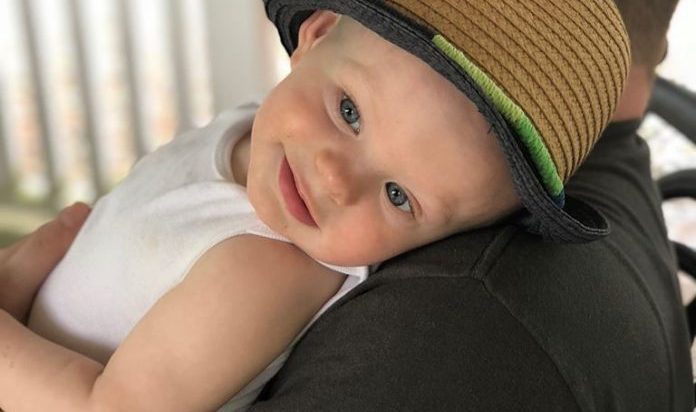 When Scott Sawyer was an inventory and logistics manager for a seafood company, he found his life pretty hectic, with a management job, long commute, and a newborn to care for.

After missing some of his child’s milestones, Scott decided he needed better work-life balance, with a job closer to home.

“After talking to my wife, we started looking into what I really wanted to do,” he said. Recalling his high school interest in coding, he came across the UNH Coding Boot Camp. He liked that it had a comprehensive curriculum, lasted just six months part-time, and was a good value.

Adjusting to a new learning style

Working far from home meant long days; Scott routinely left at 5 am and got back home at 6 pm. Once home, he would decompress, feed and bathe his son, and then tuck his son into bed. His own bedtime followed his son’s—and that was that for the day.

Of course, Scott had to make time now for boot camp.

“It was six straight months of not having any kind of social life, really grinding out the work and finding time during the week for homework. It was a whole lot of fun trying to manage my time,” Scott said facetiously. But he knew the sacrifice was only temporary—and that it would pay off in the end.

Scott describes the boot camp as having an open, discussion-based teaching style, unlike the lectures offered by traditional schools. It amounted to a near-total immersion. “It was like turning on a firehose,” he said, adding that after a short period of “culture shock,” he embraced it.

Scott engaged fully with his group projects and took in everything they taught him about overcoming obstacles and handling mistakes.

Rock-It was Scott’s first project—a website that could track where your favorite artist was performing over a given time period. The logo matched the name. “A rocket would take off and then display the search bar,” he said, adding that his team wanted to experiment with sound and animation to add a personal touch.

“Looking at it you would think it was super simple. But getting that code to work was a hassle,” he said.

Their app could sort by country, and then by state. “We just kept checking Mariah Carey because it was one of our group members’ favorite artists. Our search history was 95% Mariah Carey,” he said.

Because it was their first class project, Scott and his team had only three pages of code to work with. Inevitably, one teammate would step on another’s toes by trying to upload different versions of the same code at once.

Eventually, they figured it out—by increasing communication and accelerating the pace of updates and downloads, too.

Finding things to do nearby

For Scott’s second project, he and his team created a social media application with a geo-location feature called Blue-It.

“The app would get permission to check your location. Then it would query an API through Google to get your ZIP code,” he said. After that, users could see event postings within a certain radius.

“Popular searches would appear first. Then you would receive things further away, based on your previous interests,” he said.

For Blue-It, his team ran into difficulties with authentication coding. “We got it to look the way we wanted, so the hang-ups were in the back end. We quickly realized that it was the first thing we should’ve done,” he said, adding that he learned a great deal about the construction process.

Getting silly, then creating a game

Scott was delighted to find that he was allowed to choose his team members and the topic of their final project. “This was a nice way to integrate everything we learned over the past six months,” he said.

Scott had a lot of fun storyboarding ridiculous ideas with his group mates, trying to find what would stick. Ultimately, they created a game called Plexx, using JavaScript.

“Plexx was inspired by Sonic the Hedgehog and Super Mario; you could jump around and get propelled,” he said. “Now that we have all completed the boot camp, we are talking about going back and finishing the game.”

Watching his coding pay off

Scott dove straight into his job search–and landed as director of technology at Great Eastern Seafood.

The skills he learned in boot camp have already paid off. “As the broad spectrum IT guy, I’ve identified a couple of workflow issues that could be expedited by using a web-based application rather than paper,” he said. For instance, he streamlined his company’s pallet-tracking process with a web forum, which began tracking pallet inventory in real-time—and enabling employees to sort by vendor.

“Our previous tracking system used a clipboard, where there’s so much potential for human error,” he said. Using the old system for instance resulted in 700 lost totes.

“Now, we’re down to 20,” he said, adding that the company’s accounting department can now avoid hundreds of hours of work.

Scott shares that the boot camp is more than learning how to code. “There’s a potential to change your view on how you learn—and open up so many different points of view,” he said.